This will be the third character for the outcast faction that soon will be previewed, and I'll get a picture of the sculpt later next week.

This character is a creature of the night - a shadow-walker, who is able to bend shadows by his own desire. In game, he has the role of a supporter and by using his shadow-walking abilities, can quickly turn the tide of the battle by swiftly moving across the battlefield to where his support is the most needed for the moment. But if left alone, and allowed to be caught in the open by his enemies, he will be quick to fall. 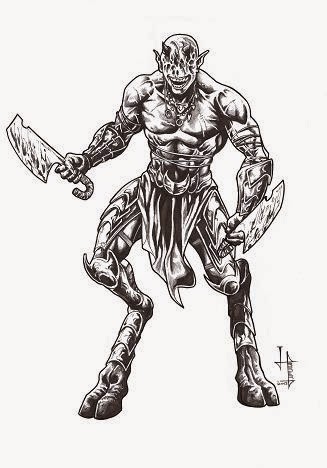