Luc "Thantor" Pinganaud has complected the master sculpt of Gorgr, Hafgufa of the Dur Makeb tribe. I showed a few WIP of it during the Kickstarter, but unfortunately, the project didn't reach high enough to unlock it to speed up its process of getting it released to the public. Anyway, now as it is completed, it will shortly be going away to the caster so that a handful pre-production figures can be cast (to make sure that the figure is suitable for casting, that it doesn't need parts to be resculpted, etc.). If all goes smoothly I might have the first few at me late april or start of may.

As you can see the figure is attached to the base through that broken pillar. It will obviously require some modelling work to pin it to your base, and then to make sure you add some weight in the bottom of it for its stability. But seeing how it will be cast entirely in resin the weight shouldn't really be an issue for most people.

Furthermore, the tentacles will be cast seperatedly from the rest of the body, and it will require a little bit of putty work to smooth out any gaps where they are attached in the back, but we wanted to allow people to switch the tentacles around to create another silhouette if they so desired. For the very experienced modellers, I'd also suspect that it would be doable to re-form the tentacles with applying some heat to the tentacles and then cooling them off. However, I do not recommend people to do this as there is always a risk of breakage!

Anyway, I am very happy with the result and I think that Luc "Thantor" Pinganaud has done an incredible work with it. We wanted to create a figure with lots of movement and a dynamic pose that resemble of the character being in a stalking mode with his tentacles a bit coiled, like that of a viper, ready to strike. For me, I imagine him leaping onto his prey, ready to deal the final killing blow. 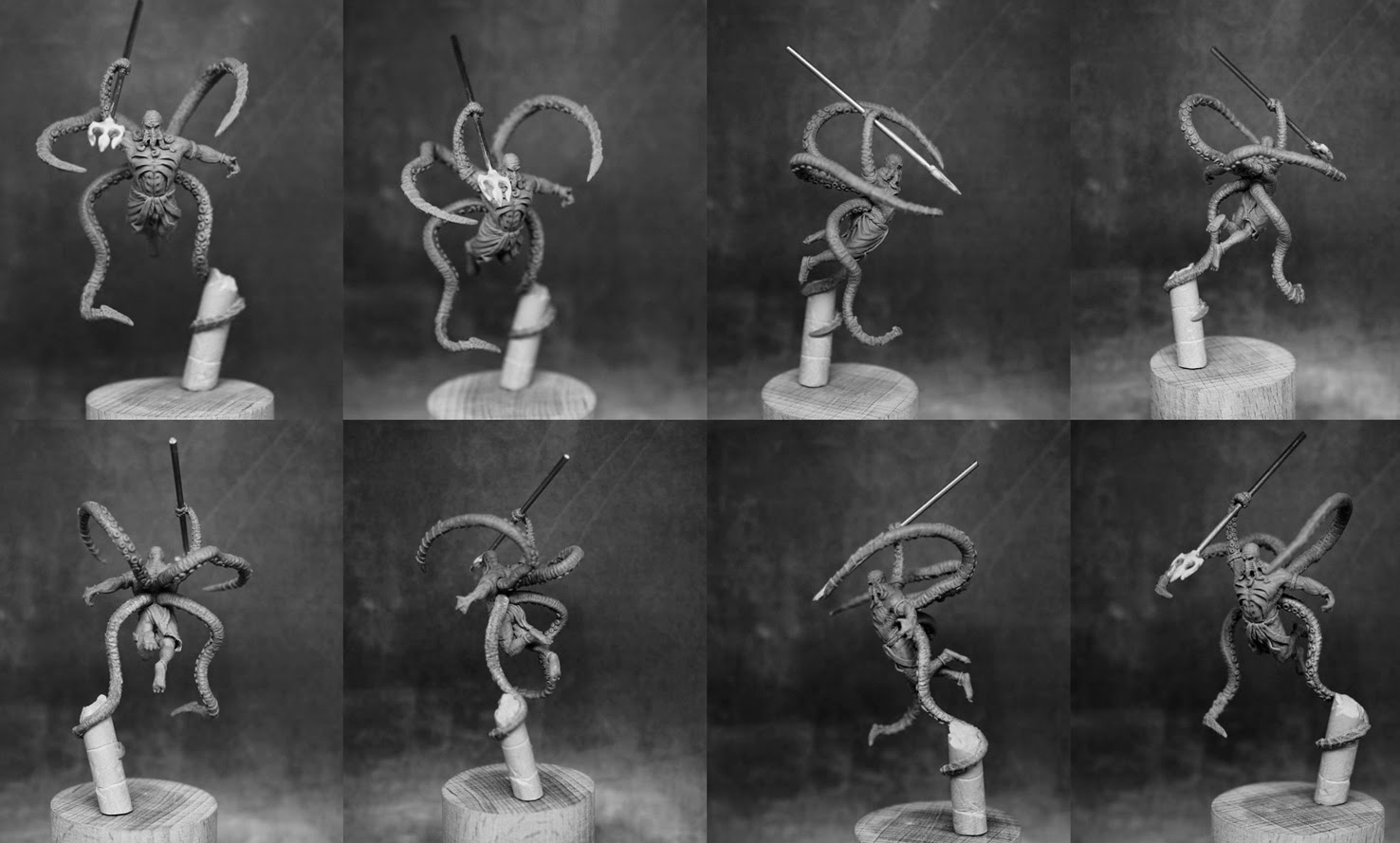 While I post the above I can in the same time also post a concept art that I showed during the Kickstarter. I hope you like this one, I know I do. :)