"Fukashi", sculpted by Pedro Fernandez Ramos, is another addition to the Tetsu Clan. Not much is known about Fukashi as he mostly keeps to himself and rarely speaks. He is not a native to the clan, but hails from an ancient mountain-monastery of warrior-monks. Fukashi is shrouded in mystery, but is a competent warrior on the field of battle where he uses his wooden armour to merge with his surroundings and only to attack his foes when they least so expect. 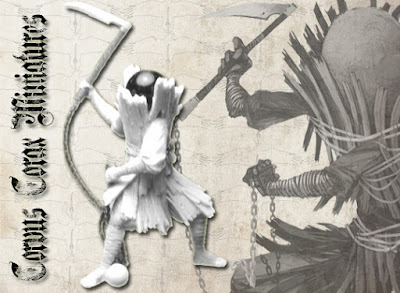