"Yomi" of the Tetsu Clan, sculpted by Pedro Fernandez Ramos. Yomi, in his youth, was a troublesome boy; one who did not eagerly listen to his elders and conformity. Instead, he often walked his own path, much to the disappointment of his father who tried to teach him the noble ways of their clan. His father was slain trying to protect him, after Yomi taunted a band of outlaw bandits. The bandits gravely wounded Yomi, telling him that smart-mouthed boys do not have a place in this world, and left him for dead. Fortunately, his clan found him and managed to save his life. After several months, Yomi was finally back up on his feets, only to learn that his face had been badly scarred in the encounter with the bandits. Filled with lust for revenge, Yomi hooded his deformed face and left the clan to search for the bandits. For years he walked the lands, earning his living as a mercenary in his hunt for the men who killed his father and scarred him for life. As he learnt of the uprising, he decided to return home to stand with his clan to honour his father. 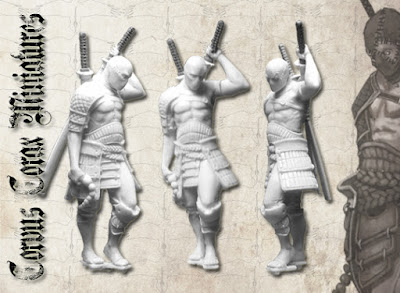